Michael Cheney, NP: Mike received his BS in Computer Science and MS in Neuroscience at UCLA and an MS in Nursing from Boston College.  His professional interests and activities have included studying the electrical properties of neurons, battling on the front lines against computer viruses, investigating new ways of seeing inside the human eye, automating the design of personalized dental implants, bartending, and restaurant management. In 2014 he became a nurse practitioner, with clinical work focused on patients with diabetes and on the general medical care of individuals who are incarcerated. He worked in the Endocrine Unit form 2017-2021, and now works at Boston Medical Center.

Katherine Lindeman: Katie graduated from Wesleyan University with a bachelor’s degree in molecular biology and biochemistry and the science in society program in May 2016.  Shortly after, she joined the Endocrine unit at MGH as a clinical research assistant from 2016-2019, examining the effects of different types of bariatric surgery on bone health and fracture rates.  She is now in medical school at the University of Buffalo (Class of 2023).

Claire Rushin: Claire worked with our group as an undergraduate at Harvard University (Class of 2019).  She joined our group in Summer 2017 initially as a participant in the Harvard PRISE program, ultimately staying with our group to complete her undergraduate research thesis, "The Long-term Effects of Bariatric Surgery on Bone: Examining Evolutionary Trade-offs during Negative Energy Balance".  She is now a medical student at Harvard Medical School (Class of 2023). 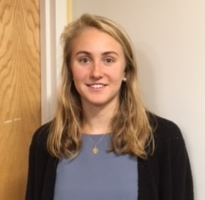 Liu Gao, MD PhD: Dr. Liu Gao is an endocrinologist and clinical researcher.  She joined our group from 2017-2018 as a visiting research scholar.  Her research interests include investigations into the skeletal impact of diabetes, and the influence of gut microbiota on metabolism.

Petr Staska: Petr graduated from the University of Rochester in May 2014 with a B.S. in Biochemistry, minor in Music, and distinction in research. He worked at the University of Rochester Medical Center Brown Laboratory " src="/profiles/openscholar/modules/contrib/wysiwyg/plugins/break/images/spacer.gif" title="<--break-->">for three years on his thesis, investigating “Breast Cancer Cells, Adrenergic Receptor Signaling and Norepinephrine-Induced Alterations in Fibrillar Collagen.” Petr joined the Endocrine Unit at Massachusetts General Hospital as a Clinical Research Assistant from 2016-2018. His primary role at the Endocrine Unit was coordinating the study investigating the effects of Fecal Microbiota Transplant on body weight and glycemic control in obese adults. He is attending medical school at the University of the Caribbean Medical School (Class of 2022).

Logan Greenblatt: Logan graduated from Bates College in May 2014 with a degree in Chemistry and Art, after which he joined the Endocrine Unit at Massachusetts General Hospital as a Clinical Research Coordinator from 2014-2017. Logan worked on several aims of bariatric research examining the changes in bone following different forms of bariatric surgery. Logan likes to spend his free time racing triathlons and whipping up new concoctions in the kitchen.  He is currently attending St. George University School of Medicine.

Navin Jayaswal: Navin worked with our group as a summer research intern in 2017, as a participant in MGH Clinical Research Center Summer Student Program.  His primary focus was assisting with our studies of fecal microbiota transplant and metabolism.  He is currently an undergraduate at Rutgers University (class of 2019).

Elizabeth Monis: Elizabeth graduated from Brandeis University in 2013.  She was a Clinical Research Coordinator at the MGH Endocrine Unit from 2013-2016, where she worked on research projects involving bariatric surgery and novel treatments for hypoparathyroidism. She is currently attending the University of New England College of Osteopathic Medicine in 2016.

Adam Roy: Adam graduated from Holy Cross University in 2011.  After a gap year in which he played semi-professional hockey, he worked in our group as a Clinical Research Coordinator from 2012-2013, working on a variety of projects studying the impact of bariatric surgery and cystic fibrosis on skeletal health.  Adam recently graduated from Tufts Medical School.

Chantel Baldwin: Chantel was a Clinical Study Coordinator from 2011-2012, during which she worked on studies investigating phosphate metabolism and our bariatric surgery projects.  She subsequently attended the MGH Institute of Health Professionals Nursing Program

Caroline Rourke: Caroline volunteered as a research intern in the summers of 2014 and 2015.  She graduated from Brandeis University in 2017 and is currently working as a research coordinator at Boston Children's Hospital.