Women should be given the opportunity to design and define their success in society and should not be compared to men, an accomplished scientist and academician told the audience at the Global Women’s Forum Dubai 2020 on Monday.

Speaking in a ‘Game-Changer’ session, organised as part of the Forum to showcase inspiring personal stories from women who have made great strides across various industries, Dr. Rana Dajani, one of the most influential female scientists in the Islamic World, said, “Ideas of success are very male designed and are spreading around the world without asking women what they really want.”

Dr. Dajani, who began her session by showcasing five different scarves to explain the different roles in her life, said, “I wear five scarves which are a symbol of the different roles I play in life. I’m a mother of four children, which is the most important role. I play to bring up good citizens, I’m an educator, and a molecular cell biologist studying trauma on our bodies.”

“I’m also a social entrepreneur. I started a programme called ‘We Love Reading’ which encourages children to read for fun,” she said, as she showed the audience another coloured scarf. “Many children don’t read around the world because their parents don’t read aloud to them, so through this programme, we hope to bring up a generation of change makers,” she said, adding that the programme began in Jordan and has now spread to 55 countries.

In her session, Dr. Dajani pointed out that many reports are not able to explain why there are less women in the workforce compared to men. Generally, it is attributed to the lack of educated females, which is incorrect, she said.

“We need to look at implicit attitudes in different cultures and question gender gap index measurements and call for more research. We are doing something right in the Arab world in terms of STEM education for females and other parts of the world can learn from us,” she added.

“We need to also look at the root causes because we assume we know what women want in a society. We need to shift to asking them what they really want and they could want different things,” she added. 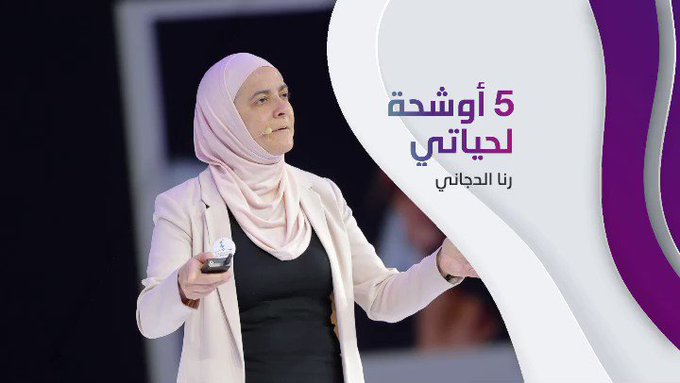