Research on Circassians and Chechans in Jordan

Arabs are the main inhabitants of Jordan while the two other ethnic groups have immigrated to Jordan 140 years ago. Circassians have migrated from the Cocas region while Chechans from Chechnya. Both Circassians and Chechans in Jordan have managed to maintain their identity and ethnicity during the last 100 years. One of the main ways they have done this has been through endogamous marriages, the use of the original language and the preservation of certain traditions of their respective cultures.

Dr Rana Dajani initiated a project to study these two ethnic groups.  Dr Dajani created a team of researchers from different fields of expertise from Hashemite University, the University of Jordan, The Jordan University of Science and Technology and the Center for Diabetes, Endocrinology. Our collaborator in the US is the Center of Genomics, University of Pennsylvania and Children Hospital of Philadelphia.

The studies included anthropology, prevalence of complex diseases such as diabetes, CVD and cancer, genes associated with complex diseases, association of diseases and genes with life style such as nutrition, pharmacogenes related to drug metabolism, mitochondrial DNA and forensic DNA as well as effect of environment and epigenetics on complex diseases.

As a community service family trees were built and the community was served by a team of local physicians to address any medical problems.

Our work has been published in Nature

2. Impact of Trauma and Stress on Refugees

These studies focus on understanding the impact of war and stress on refugees and their hosts. We evaluate the impact of war and stress on mental health through surveys, physiology through cortisol deposited in hair as an indicator of stress and genetics by looking at genes such as MAOA. In particular we are working with Syrian Refugees.  We also evaluated the effectiveness of particular interventions such as the Nubader Programm implemented by Mercy Corps on Syrian and Jordan youth.

As a result of our studies we have developed a resilience scale for the Arab population.

These are a series of studies in collaboration with Yale University, University of Florida and others. We have also showcased how good science should be done and can be done under humanitarian conditions in a true collaboration between academics and practioners all over the world while engaging the local community as equal partners raising awareness to science and to taking control of their futures.

Our work has been described in Science

I am involved with multiple groups researching the ethics of conducting scientific research in cutting edge fields such as stem cells, biobanking, gene editing within the context of Islam.

I was part of the group that developed the first stem cell law in Jordan to regulate stem cell research and therapy in Jordan. 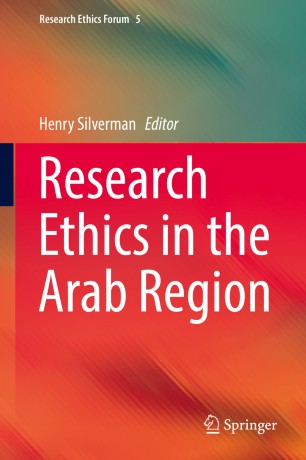