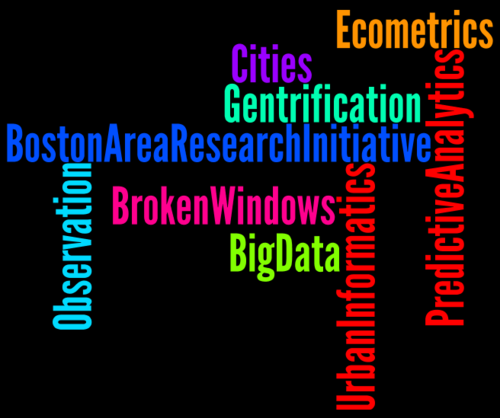 Cities account for an ever greater share of the world’s population.  In the U.S., urban areas now comprise more than 80 percent of the population and many cities are magnets for innovation and growth. We have come a long way since the urban changes documented in the classic text of Park and Burgess, The City  (1925).

Income inequality also continues to grow, sharpening the divergent pathways of cities and their neighborhoods.  What are the effects of this kind of urban inequality on the social cohesion of communities, cities, and the life chances of their inhabitants?  Are there long-term consequences for economic mobility, crime, and the development of human capital?  With projects in Boston, Los Angeles, and Chicago, I am studying these and other questions.

I am also engaged in a project on everday mobility, neighborhood networks, and the social integration of American cities.  The results of offer a new way of thinking about neighborhood effects, spatial inequality, and structural theories of crime.

For more on the urban mobility project and recent articles, click here.

Professor Sampson is the founding director of the Boston Area Research Initiative (BARI), another project which seeks to spur original urban research on the cutting edge of social science and public policy. In conducting and interpreting this research, BARI forges mutually beneficial relationships among the region's scholars, policymakers, practitioners and civic leaders.  Today, BARI is directed by Daniel O'Brien at Northeastern University.

Over the years, BARI's organizers have focused on four primary strategies for achieving its goals:

For more articles on the early years of BARI, see: